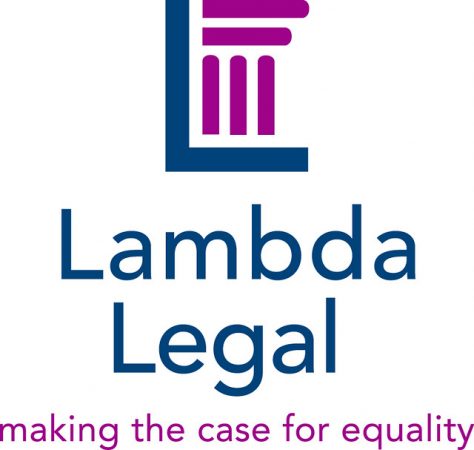 Lambda Legal was founded in 1973 as the nation’s first legal organization dedicated to achieving full equality for lesbian and gay people. When founder Bill Thom filed an application in early 1972 to establish Lambda Legal Defense and Education Fund, he borrowed from the bylaws of another newly established organization—the Puerto Rican Legal Defense and Education Fund (now Latino Justice PRLDEF).

Because of the overwhelming climate of prejudice against gay people, we became our own first client: A panel of New York judges turned down our application to be a nonprofit organization because, in their view, our mission was “neither benevolent nor charitable.” With pro bono help, Thom appealed to New York’s highest court, which finally allowed Lambda Legal to exist as a nonprofit organization.

Throughout the 1970s, Lambda Legal fought and won some of the nation’s first cases on behalf of lesbian and gay parents and same-sex couples. In one of our first cases (Gay Student Organization v. Bonner), we successfully helped a gay student group at the University of New Hampshire fight a ban on their school activities. In the 1980s, we stepped up our efforts against government discrimination, while also focusing more on antigay bias in corporations and established community institutions.

In 1983, Lambda Legal won the nation’s first HIV/AIDS discrimination case (People v. West 12 Tenants Corp.), helping establish that under disability laws it’s illegal to discriminate against people who have HIV. We got insurance companies to cover HIV testing and treatments and pay benefits to those disabled by the disease. Lambda Legal also helped establish privacy rights for people with HIV, including the right to keep test results and medical records confidential.

In the 1990s we won a historic legal precedent holding schools responsible for harassment and violence against LGBTQ students (Nabozny v. Podlesny) and successfully defended the right of gay-straight alliances to exist in schools (Colín v. Orange Unified School District).

In 1992, we successfully kept Colorado’s Amendment 2 from taking effect. The statewide initiative would have stripped lesbians and gay men of civil rights protections, nullifying existing bans on antigay discrimination and preventing others from being enacted. In 1996, we convinced the U.S. Supreme Court to declare the measure unconstitutional (Romer v. Evans). The Court’s ruling made clear that lesbians, gay men and bisexuals have the same right to seek government protection against discrimination as any other group of people.

In 2000, we argued for a sheriff’s culpability for his acts prior to the murder of Brandon Teena, who was brutally raped and later killed by two men who discovered he was transgender. This case (Brandon v. Richardson County) brought unprecedented visibility to the transgender community and was the subject of the film Boys Don’t Cry. It also strengthened the principle that law enforcement officials must be held accountable for fair treatment of people who are the targets of hate crimes.

Lambda Legal helped convince state courts to strike down sodomy laws in New York, Kentucky, Tennessee, Montana and Georgia. And in 2003, in the historic case Lawrence v. Texas, we persuaded the U.S. Supreme Court to overturn all remaining state sodomy laws. That decision fundamentally changed the legal landscape and was at the time the most important legal victory for LGBT equality.

In 2009, we obtained a historic unanimous decision in Iowa Supreme Court, which ruled that denying marriage to same-sex couples is unconstitutional (Varnum v. Brien). This landmark victory makes Iowa the first state in the Midwest to offer marriage equality.

In 2015, we were co-counsel in one of the cases known collectively as Obergefell v. Hodges, in which the U.S. Supreme Court declared that denying same-sex couples the freedom to marry violates the U.S. Constitution. The Court’s decision invalidates all state statutes and constitutional amendments barring same-sex couples from marriage.

With the generous support of thousands of friends around the country, what began in 1973 as a couple of volunteers working out of a spare room in a supporter’s apartment has now grown to an expert staff of more than 100 in six offices around the country—New York, Atlanta, Dallas, Chicago, Los Angeles and Washington DC.

Our work is vital, and our strategy works: We make the case for equality in the nation’s courts and in the court of public opinion. We make a big impact in people’s lives by changing laws, policies and ideas. Until we achieve full equality under the law in every state in this country, we will keep fighting and moving history forward.