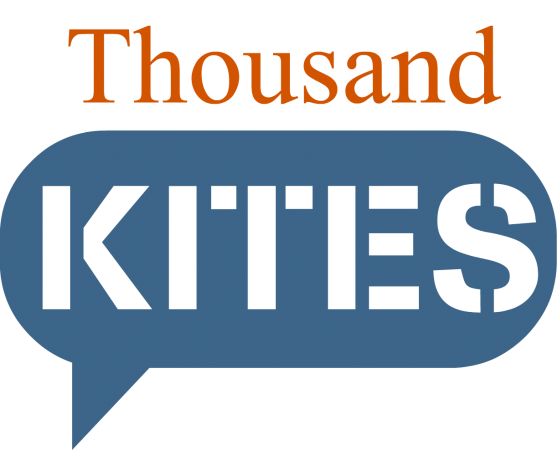 Starting 1998, as host of the rural, Appalachian region’s only hip-hop radio program “Lights Out,” Thousand Kites founder Nick Szuberla received hundreds of letters from inmates recently transferred from distant cities into two new, local SuperMax prisons. The prisoners’ letters described racism and human rights violations, and Szuberla responded first by playing a game of chess with the prisoners over the air and through the mail (he lost), and then with artistic projects, including bringing hip-hop artists together with mountain musicians and organizing radio broadcasts for prisoners’ families. Involving dozens of artists, volunteers, and friends the project continues to expand from the initial chess game.

In prison slang to “shoot a kite” is to send a message. Thousand Kites is a national project that works directly with stakeholders using communication strategies and campaigns to engage citizens and build grassroots power. It uses performance, web, video, and radio to open a public space for incarcerated people, corrections officials, the formerly incarcerated, grassroots activists, and ordinary citizens to dialogue and organize around United State’s criminal justice system.  The project invited dozens of artist and thousands of participants to join Thousand Kites in sending a message about the impact of mass incarceration.

* The criminal justice system is the most pressing civil rights issue in the United States;
* Breaking down the silence surrounding the U.S. criminal justice system through storytelling and listening helps people find effective solutions to over-incarceration in their communities;
* Because policy follows public perception, insuring that there is ample opportunity for free and open dialogue demands that all communities work together for media justice.